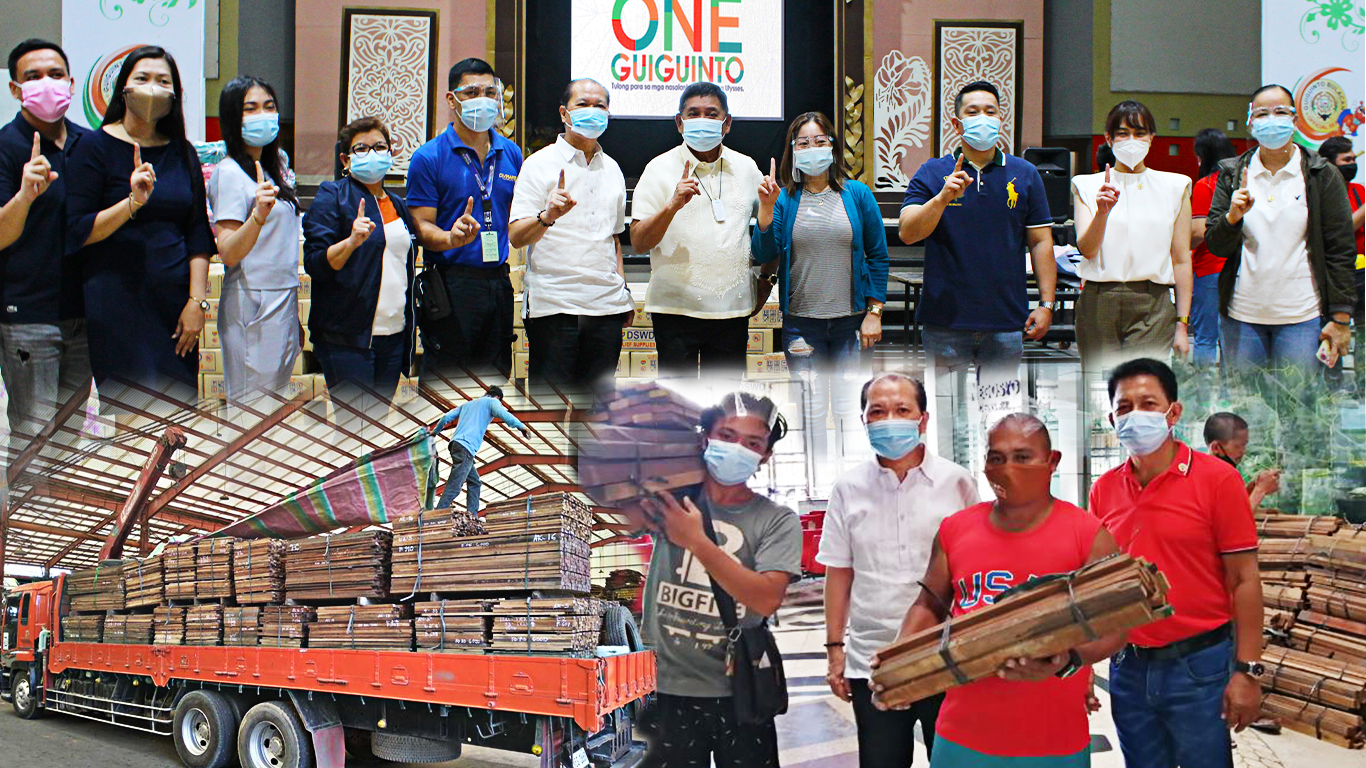 Typhoon Ulysses that hit hard the island of Luzon last November 12, caused devastating floods in many areas, affected thousands of families and left many homes destroyed. The municipality of Guiguinto in Bulacan was not spared.

Crown Asia Chemicals Corporation, with its main manufacturing plant located in Guiguinto, lost no time to coordinate with the Honorable Mayor Boy Cruz Jr.  and municipality administration to offer some assistance in the spirit of community service, despite the fact that the plant itself got flooded and was without electricity for more than 48 hours.

‘One Guiguinto - Tulong Para sa Mga Nasalanta ng Bagyong Ulysses’’ was held Monday of November 23 to initially help residents in 14 barangays. Mayor Boy Cruz Jr, cited Crown Asia’s President Walter H. Villanueva as one of the earliest business owners to call him and offer some help. Along with provisions of sleeping mattresses, pillows, rice grocery boxes and hardware vouchers from kind donors, over 18,000 pieces of lumber were donated by Crown Asia for the affected residents. This will go a long way in helping build their lives and repair their damaged homes.

Crown Asia Chemicals Corporation, established its plant operations in Guiguinto, Bulacan in 1989. Today, it is a publicly-listed company, ISO 9001:2015 certified and a major player in the building and construction industry for its quality Crown pvc pipes, PP-R and HDPE pipes, compounds and pvc roofing.